Our Work in Israel 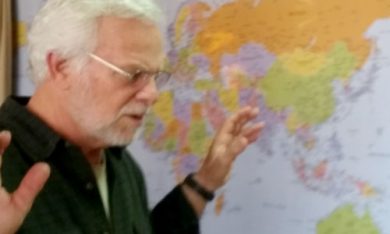 Most Israelis know Yeshua as Yeshu – the Gentile Jesus. They do not realize and recognize that Yeshua (His original Hebrew name means Salvation) was born and lived as a Jew, and claimed “Salvation is of the Jews.” (John 4:22)

Therefore as Joseph revealed himself to his brothers, Yeshuatami strives to reveal Yeshua to His brethren of the flesh; first to the Jews of Ashdod and then to the whole house of Israel.

The primary focus of Yeshuatami is in the city where they live – Ashdod, Israel. As native Israelis, Simcha and Bella can speak the language (both literally and culturally) to present the Gospel in a way that Israelis can understand. Some of the ways they evangelize include:

Discipleship is crucial for all new believers, but especially for Israelis. As in the parable of the Sower and the seed, (Matthew 13:19-23) a large percentage of new Israelis believers leave the faith because of lack of discipleship.

Develop Partnership between Israel and the Nations

God has created Israel and the nations to partner for world evangelism and the establishment of the Kingdom on earth (Mark 15:16; Luke 24:47; Acts 1:8b; Ephesians 3:6,10; Isaiah 43:1,7; Isaiah 66:6,7). Yeshuatami is developing this partnership by Helping the Church recognize the importance of it’s role in God’s plan of connecting the tree to its roots and the end-time harvest of all people.

Exhorting all Believers to connect with God’s heart for Israel – the land and the people.

They do it by:

And most importantly, praying together for the common goal of Salvation, to the Jew first and also to the Greek (the Gentiles). 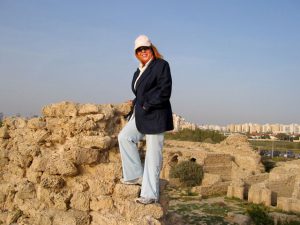 Vision and call to Israel

Simcha and Bella’s vision for Ashdod, the city God called them to bring the message of the Kingdom of God to “The Lost sheep of the house of Israel,” is to see more Israelis come to salvation in Yeshua.

Ashdod was promised by God to the tribe of Judah (Josh. 15:1, 47), but was a stronghold city/state of the Philistines throughout biblical time. In the course of history, Ashdod was inhabited by Gentiles, as empires came and went conquering, building and destroying it until it was reduced to sand dunes. It remained a waste place for centuries until Israel won the war of independence and became a nation. In 1956 Ashdod started to be built, with its’ seaport. Now, physically inhabited by Judah…the Jewish people, Ashdod is the fifth largest city in Israel and still growing. Ashdod’s state-of-the-art seaport is one of the largest in the Middle East.

Simcha and Bella believe that NOW is the time to take the city spiritually out of the hands of the kingdom of darkness and bring it into His Kingdom of light. NOW is the time for God’s people to recognize their own promised Messiah who came to His own, but they did not receive Him. (John 1:11)

For years Simcha and Bella sowed seeds of faith and laid spiritual foundations in the city of Ashdod. They believe God gave them a strategy to encircle the entire city seven times in prayer walks, one neighborhood at a time. They began each prayer walk with worship, then prayer and supplication, spiritual warfare and ended with thanksgiving for the mighty things He accomplished in the spirit realm.

As they walked through each neighborhood, they also distributed literature either by placing in mailboxes or giving personally to those they met along the way.

Worship and prayer are the two pillars of Simcha and Bella’s lives and ministry. Worship is the response of their love to God, and their commitment as followers of Yeshua. Prayer naturally flows from worship, as well as being the key to unlock God’s promises to Israel and to the nations.

Their vision is to:

Your prayers make a difference. Now is the time to stand together on God’s Word and promises and fulfillment of prophesies.

Join us as we pray for Israel and Israelis

Go to our blog