On August 1st, Israel arrested the senior leader of the Palestinian Islamic Jihad (PIJ) in Judea and Samaria; his name is Bassam al-Saadi.

Israel then learned from its intelligence agency that the PIJ in the Gaza Strip was planning a retaliatory terror attack with anti-tank (AT) missiles and snipers against Israeli civilians near the Gaza border.

Thousands of Israeli residents who live near the Gaza Strip border were instructed to stay in their homes and remain close to secure rooms. Social gatherings were canceled and roads and railways were closed for fear of rocket attacks. Two crossings that allow civilians and goods to enter the Gaza Strip were also closed by Israel.

On August 3rd, Khaled al-Batsh, head of the political wing of the PIJ in Gaza said: “We have every right to bomb Israel with our most advanced weapons and make the occupier (meaning Israel) pay a heavy price. We will not settle for [only] attacking around Gaza, but we will bomb the center of the so-called State of Israel.”

The PIJ claims to be the indigenous people of the land of Israel that they call Palestine and aims to continue the “armed struggle” until Israel’s defeat. They do not accept the “Two State Solution,” and refuse to accept the existence of the state of Israel under any conditions. (Click here to read more about the PIJ)

Thanks to precise intelligence, the Israeli Defense Air Force (IAF) launched a surprise operation named “Operation Breaking Dawn” on the afternoon of August 5th to eliminate the threat against Israeli citizens.

In a surgical strike on August 5th, the IAF killed Tayseer Jabari, the PIJ northern Gaza division commanding officer who initiated the AT attack. Al Jabari was staying in a hideout apartment along with his anti-tank missile expert and the PIJ head of observation posts.

These three senior officers who posed a clear and immediate danger of terrorism were eliminated by the surgical strike of the IAF. No other resident of the building was killed or injured.

On August 6th, the PIJ commander of Gaza’s Southern area, Khaled Mansour, was also targeted and killed by an IDF strike.

In response, the PIJ began rocket fire into Israel, beginning with the villages and city closest to the Gaza Strip, called Gaza Envelope, and then to the cities of Ashkelon, Ashdod, and around the Tel Aviv area.

The PIJ even attacked the Jerusalem vicinity. The Iron Dome intercepted three rockets while thousands of Jews were permitted to enter the Temple Mount compound for the 9th of Av observance of Tisha B’Av (9th of Av.)

The Israeli army, “Israel Defense Force” (IDF) is the only army that has the word Defense in its name since it repeatedly faces deadly enemies all about, therefore must defend itself constantly to survive.

Hamas and the PIJ have a long history of hiding behind civilians while firing missiles indiscriminately from Gazan residences at Israeli civilians. Hence, they use their civilians as human shields knowing that Israel avoids killing the innocent as much as possible.

To this effect, the IAF practices “roof knocking” which is dropping non-explosive warning shots onto the rooftops of Gaza residential buildings so uninvolved residents can flee before the bombing begins.

Ironically, two hundred PIJ rockets (about 15%) aimed at Israel fell inside the Gaza Strip or into the sea. Sadly for innocent Gazans, one such rocket, fired from within the civilian population, fell short on a home in the center of northern Gaza city, killing 4 children. The Palestinian media immediately blamed Israel, but the Israeli army quickly issued a video providing proof that this was not an Israeli strike.

Throughout that weekend, Israel also arrested 20 Palestinians in the West Bank, 19 of whom were members of Palestinian Islamic Jihad.

After a 3-day barrage consisting of 1,175 missiles fired by the PIJ at Israeli civilians (96% were intercepted by the Iron Dome aerial defense system, thereby no Israeli was killed. Some were injured and there was some property damage.) Egypt brokered a ceasefire that went into effect at 11:30 pm on Sunday, August 7th.

Although Hamas’ military and security capabilities are superior to those of the PIJ, Hamas did not participate in this operation to prevent escalation.

Hamas is still in the process of renewing its capabilities after last year’s war. Hamas did, however, issue some statements in support of the PIJ and encouraged the Palestinians in Judea and Samaria, including Israeli Arabs to take part in the resistance.

Yet, even while negotiations were ongoing for a ceasefire, fighting between the two sides continued. The PIJ even increased rocket firing at nearby Israeli residents, and Israel continued aerial strikes at PIJ targets.

On August 7th at 23:30, The PIJ announced a ceasefire. Within 10 minutes, Israel agreed and stopped the attacks, while PIJ continued firing rockets. Israel did not retaliate. Currently, the ceasefire is holding without violations from either side.

On its website, on August 8th, 2022, the PIJ announced that it reserved the right to respond to every act of “Zionist aggression.” The PIJ claims that the ceasefire is conditional upon Israel releasing prisoners from Israeli jails soon and that Egypt guarantees this claim.

Additionally, according to the PIJ, a certain prisoner on a hunger strike was to be released to a hospital on August 8th, 2022, and from there sent home. Egypt requested the date be left open, and they agreed.

The PIJ announced that it considers the ceasefire agreement as null and void and will renew attacks should “The Enemy” –Israel – not meet their demands.

According to Israel, the release of prisoners was not part of the agreement.

Since the implementation of the ceasefire, all security restrictions on Israeli residents in the Gaza Envelope have been lifted and roads have been reopened.

The Gaza crossings have reopened, resuming the entry of goods to Gaza and the exit of about 14,000 Gazans who hold permits to work in Israel.

For now, life in Israel is back to “normal.”
The question is, “How long?” 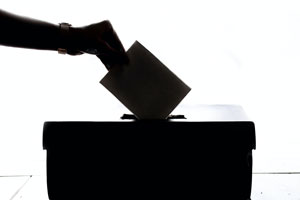 God’s kingdom is not a democracy. He is the Supreme Judge and we must abide by His rules and law. We affirm, “the world is filled with His glory.” We appropriate the concept of His divine sovereignty. Until Lord Yeshua returns and establishes His Kingdom on earth, ungodly dictatorships rule many nations. Although there are […] 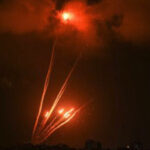 On August 1st, Israel arrested the senior leader of the Palestinian Islamic Jihad (PIJ) in Judea and Samaria; his name is Bassam al-Saadi. Israel … END_OF_DOCUMENT_TOKEN_TO_BE_REPLACED