“I will say of the Lord He is my refuge and my fortress;
My God, in Him I will trust… You shall not be afraid
of the terror by night,  Nor the arrow that flies by day,” Psalms 91:2, 5

We experienced sitting in the sheltered room in the summer of 2014, waiting to hear the explosion while Ashdod was under missile attack from nearby Gaza. We thanked God for His protection and for the Iron Dome that shot down most of the missiles and kept us safe. It happened again this month…*Photo is a direct rocket hit into an Ashkelon apartment from Gaza.
The bomb-shelter diary of 8-year-old Israeli Renana, broadcast on a morning talk show on November 12, raised some painful emotions, while a series of interviews with tiny, scared children from the villages close to the Gazan border did the same.
In 2005, Israel withdrew from the coastal strip, thus allowing the Palestinians to set up a terror base. Since March of this year, Hamas has initiated violent events on the Gazan border, while Israel has shown restraint, seeking a diplomatic solution for the sake of the residents of the south who want to live in peace and quiet.

However, the basic problems, which are worsening with time, remain.

Why does it seem impossible for Israel, a country with such sophisticated weapons, missile defense systems and intelligence systems – to conquer a small, fanatical terror organization which hides behind its citizens, women and children included, and uses them as a front in their fight against Israel?
The Hamas leaders make no secret of their aim. They are out to destroy Israel. Since suicide bombers, rockets, and tunnels have failed, Hamas leaders have encouraged mass marches over the last eight months, to violently storm the border fence. One of their leaders stated: “We shall come and take down that (border) fence. With blood, with martyrs, with women, and with children, the Palestinian people shall liberate its land.”
Since the last war with Israel in 2014, Hamas has rearmed itself with an arsenal of some 10,000 rockets and mortar shells. Learning from the last operation that most missiles, even the long-range ones, were effectively shot down by Israel’s Iron Dome, Hamas leaders have invented new ways of achieving their goal. They have moved their operations underground, including launching missiles by remote control. Consequently, It is much harder now for the Israeli army to detect their launching sites. Hamas has also connected their launching system to the electricity of hospitals and mosques, so Israeli attacks on their military targets will kill civilians in those facilities. This will benefit the terror organization’s propaganda. 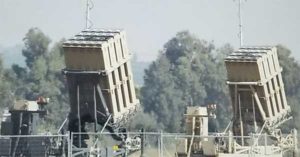 These new Hamas tactics require more precise Israeli intelligence gathering. Hence, a special Israeli army unit has been active undercover, doing this in the last few weeks. Unfortunately, two weeks ago, when the special undercover unit entered 3 kilometers into the Gaza Strip, apparently to plant listening devices, they were discovered by Hamas officers and fierce gunfight erupted. One Israeli special forces officer was killed and another wounded. Seven Hamas members were killed in the incident.

The trapped Israeli troops radioed for aerial assistance which arrived within minutes and rescued them out of Gaza.
In retaliation, Hamas, and some of the Iranian-backed Palestinian Islamic Jihad, launched some 500 rockets and mortar shells within a period of about 24 hours at Israel’s southern towns, mostly the city of Ashkelon, killing one person and injuring dozens more (they figured that by concentrating their barrage of missiles on one city, the Iron Dome would be overwhelmed.) 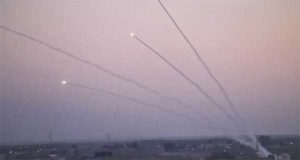 After warning Gazan civilians to evacuate the facilities, the Israeli military launched strikes against some 160 targets connected to the two terror groups in the Gaza Strip, killing seven people, most of whom were later identified as members of terrorist organizations, including some who were in the process of launching projectiles at Israel at the time they were killed. Israeli residents near the Gaza border were instructed to remain close to their shelters.
The battle ended with Hamas asking for a ceasefire through an Egyptian brokerage, which has largely held since November 13. However, considerable criticism has arisen in Israel among those who wanted to continue fighting to finally topple Hamas. Among them was Defense Minister Avigdor Liberman, who resigned in protest of the ceasefire, calling it “capitulation to terror.” Israeli Prime Minister Benjamin Netanyahu temporarily took over the position of Defense Minister.
All of this has left residents of Israel’s south traumatized and many in Israel protested as they were seeking a once and for all destruction of Hamas and other Gaza terror groups, such as Islamic Jihad.
PM Netanyahu addressed the issue: “Sometimes being a leader means withstanding criticism when you know classified and sensitive things,” (in the era of open communication, everything we hear in the news falls on the enemy’s ears too.)
“I hear the voices of Israeli citizens and the residents of the communities around the Gaza area. They are dear to me, and their words touch my heart.” the Prime Minister continued, “and I can’t share [the information] with the public. I wish I could tell citizens everything I know.” He added: “Leadership means not doing what’s easy, but rather doing what’s right and what must be done, even if it’s difficult. When it comes to Israel’s security, there’s more than meets the eye…In times of crisis, when making critical security decisions, the public often can’t be involved in the deciding considerations, which must be concealed from the enemy at all costs,” Netanyahu added.

We know our Lord is sovereign. Please pray for this sensitive situation, the enemy of Israel is the enemy of God. Pray for the Israeli government to make the right decision. and for Israel’s citizens support the government’s decisions and to have faith in God for their protection.

Moses led the Hebrew nation out of Egypt about 1,300 BC. Muhammad originated Islam about 600 AD, about 1,900 years later. The offspring of Jacob, the … END_OF_DOCUMENT_TOKEN_TO_BE_REPLACED